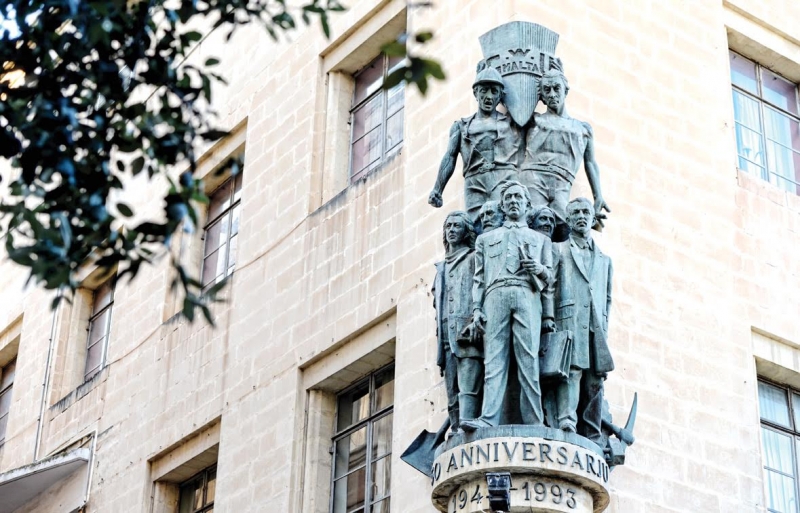 A collection of newspapers in English and Maltese

The GWU was founded during the devastation of the Second World War at a time when Malta was a British colony in the centre of the Mediterranean sea. For its goe-strategic position Malta served a useful military base for the British naval and airforce thus earning itself the title of 'island-fortress'. The Second World War, naturally brought a relatively high level of employment mainly in the ship repair sector and other acillary sectors directly linked to the needs of the western military powers in the Mediterranean region. This reality conditioned the Maltese workers to prosper in times of war and get poorer in times of peace. Such an odd and contrasting reality led the majority of the maltese workers to mobilize and to form a strong trade union to protect their jobs, improve their working and living conditions and to struggle for social justice. Originally, the GWU found its roots towards the end of 1942 amongst the workers of the then British Admiralty Dockyard. Reggie Miller, a civilian clerks in the Drydocks, successfully convinced a small group of workers to set up a strong general union that would in the future leave its mark on the country’s recent history. Reggie Miller's impact was immediate. Then after, Miller led the march towards the setting up of the GWU, thus making him the GWU's founding father. The first public meeting was held in March 1943 where a huge mass of workers presented themselves. From then on, an interim committee was appointed with the responsibility of drafting the Union's constitution (the Statute). Subsequently the draft constitution was read and elucidated to the workers in another mass activity held a few days later.

The project is based on digitization of about 400.000 pages with articles segmentation and OCR process. Articles will be categorized.